With sun forecast to shine, adventure time was upon us once again. This weekend, thanks to suggestions from my work colleagues we were off to Castle Point, a 2 1/2 hour drive away on the east coast of the North Island 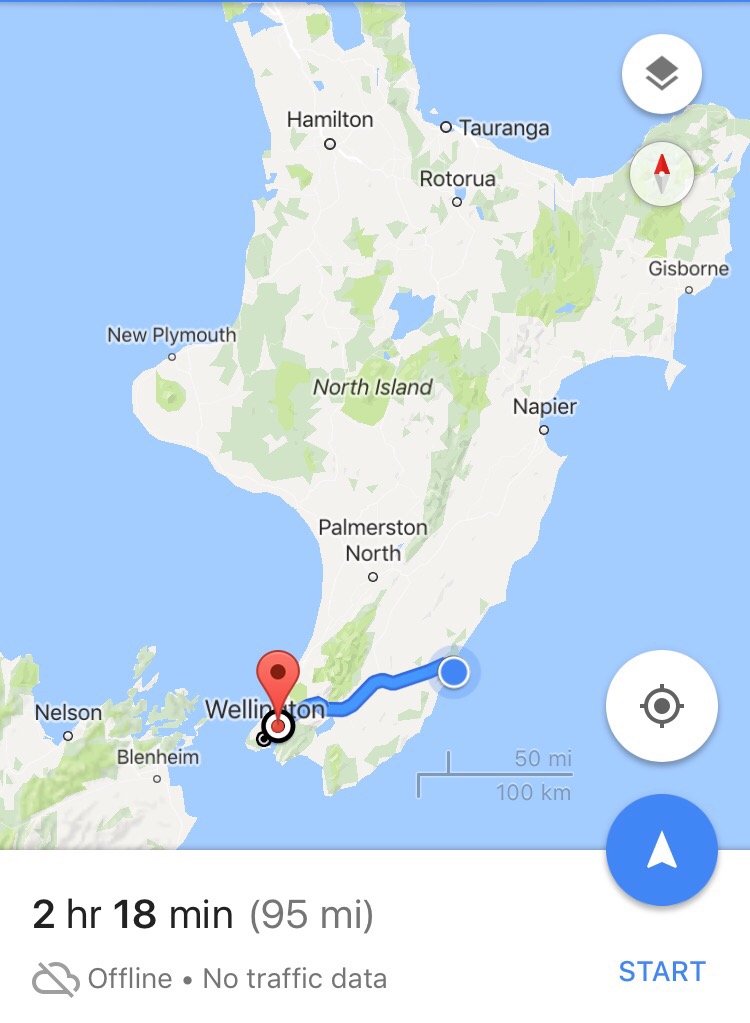 But first, it was time to parkrun. Well it would have been, except the windows in the van were steamed up and took 10 minutes until I could see again, by the time I got to the bottom of the hill, crossing the bridge to get to the start of parkrun I could already see the runners about 1km into the run. Epic fail.

Lower Hutt was foggy as anything, the joy of being in between two mountain ranges, but the view from home was pretty cool. 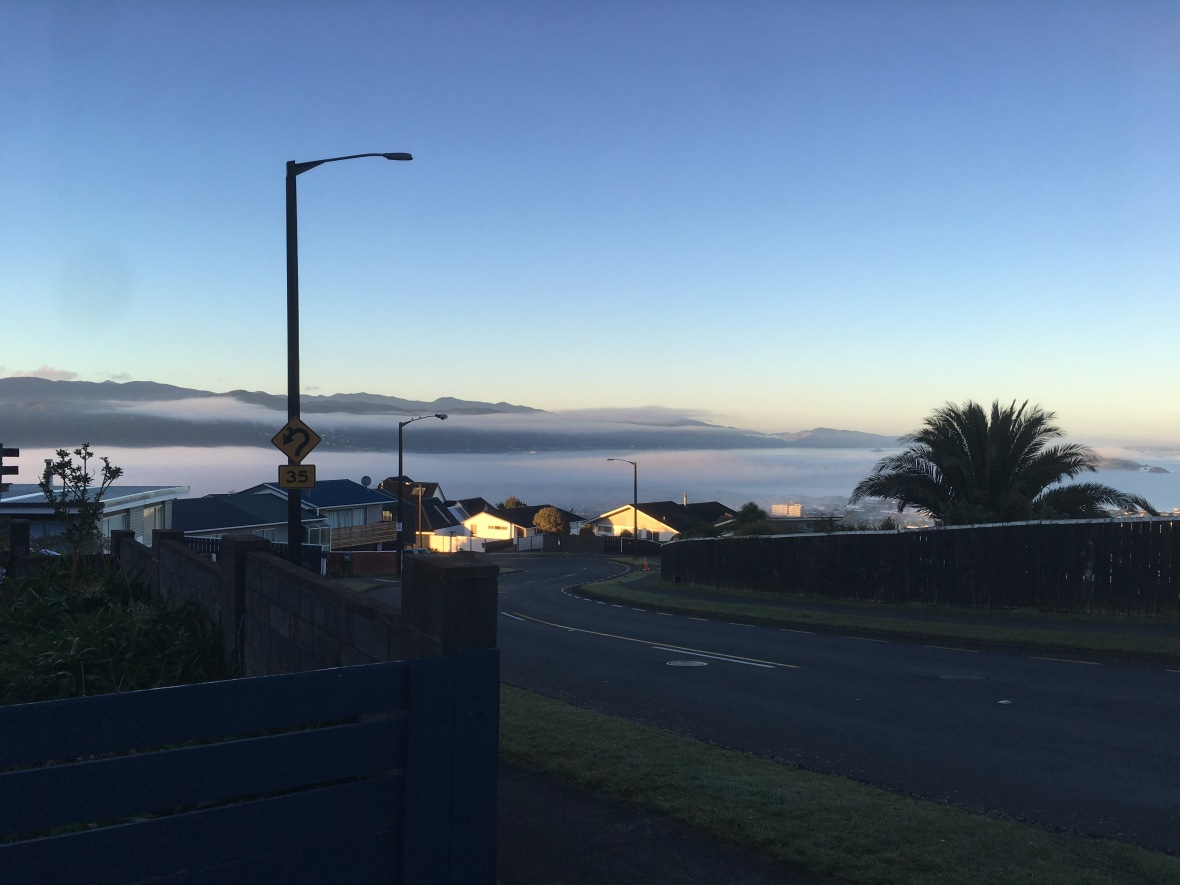 James had managed to tweak his neck earlier in the week by getting into the van and bashing his head, so I drove us alllllllll the way there (and alllllll the way back with my co-pilot soundly asleep next to me)

The road trip took us through a mountain range then pretty much flat through a few towns and farmland and TO THE SEEEEEEEAAAAAAAA! 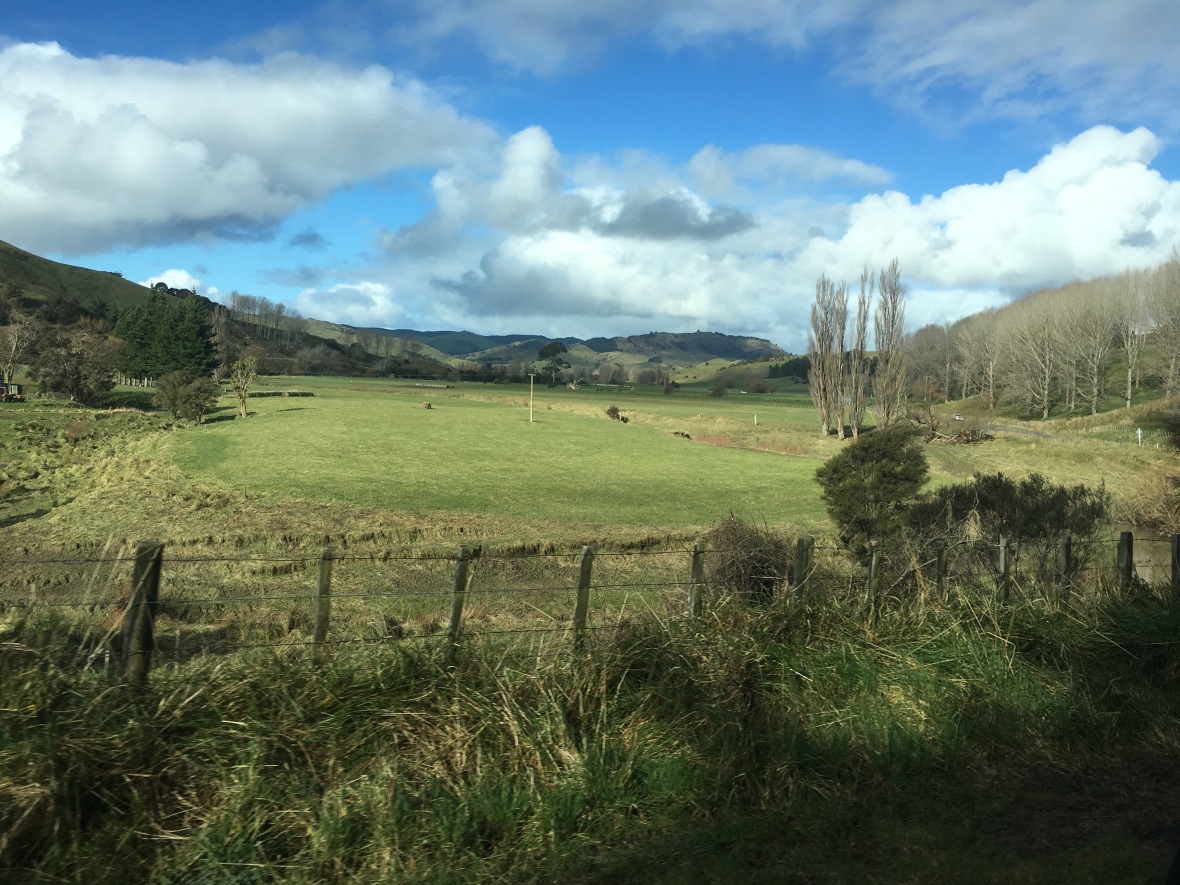 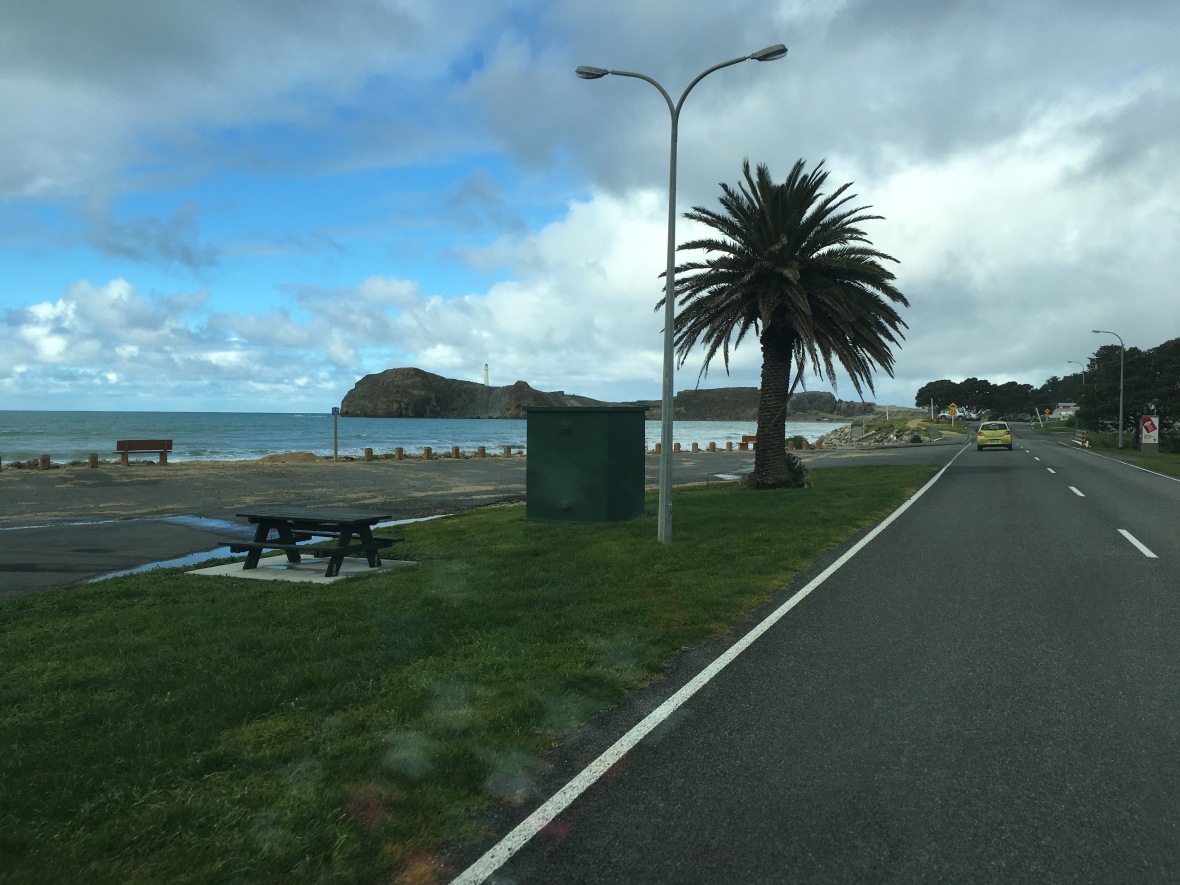 Castle Point, it’s Mouri is Rangiwhakaoma, the area is known for its picture postcard views around the lighthouse, fishing and beautiful coastline. Sometimes dolphins and whales can be spotted, sadly not this weekend and we only saw a lone seal. After a quick picnic in the van with a cuppa tea out the new thermos flask, yes, we know how to party, we set off! Not before I made a new four-legged friend 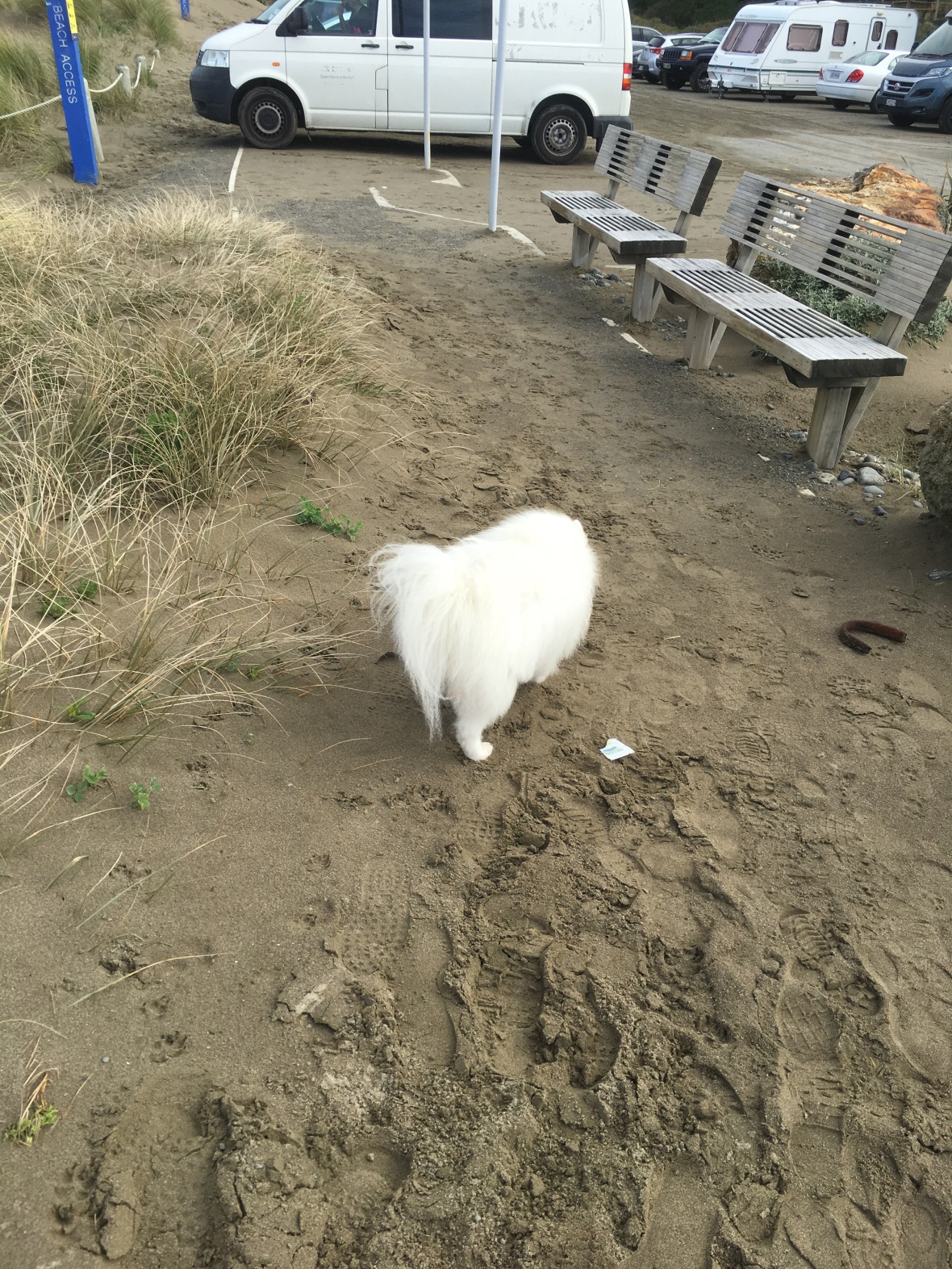 First, we walked up to the lighthouse which had some pretty amazing views

The ‘point’ is just a very large reef which is rather cool with shells and fossils on display.

James got close to the edge, don’t worry mother, I kept a safe distance away! 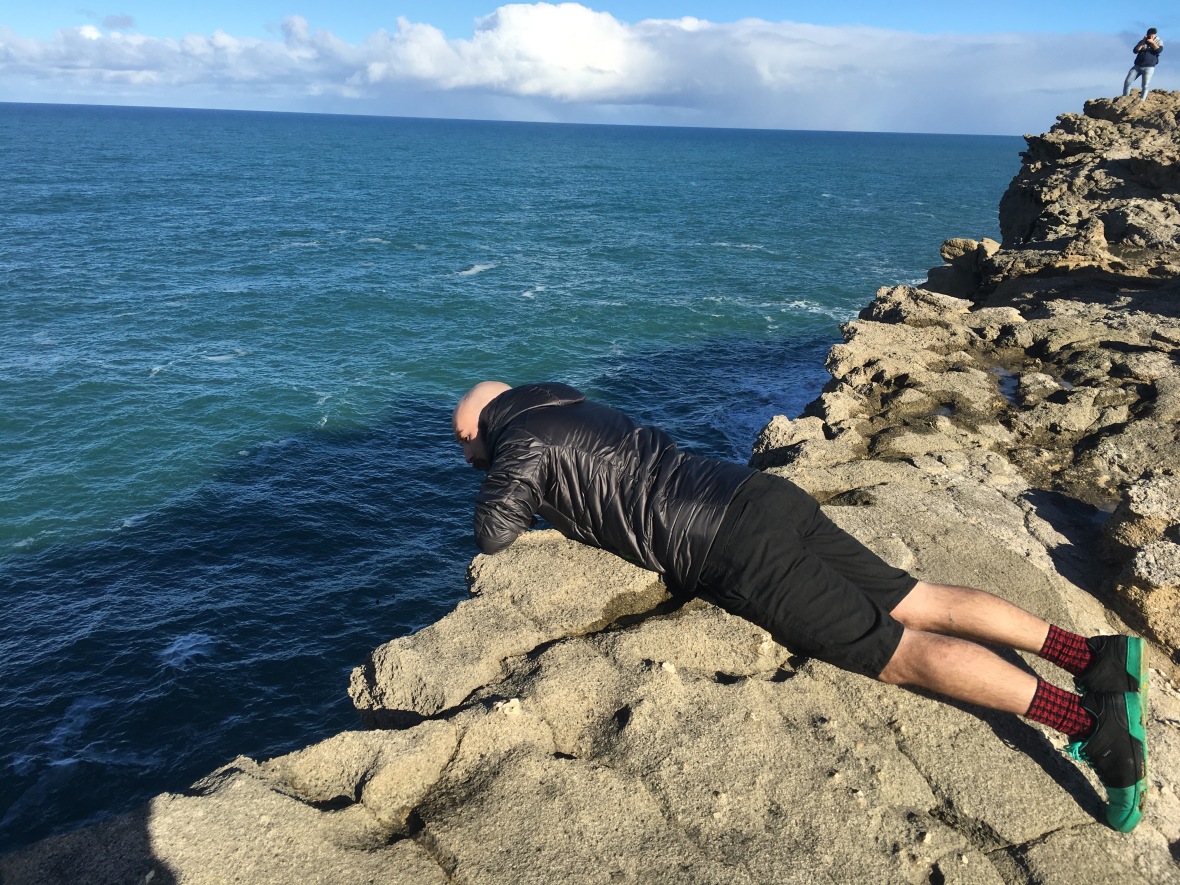 The area is used by commercial fishermen, with some pretty awesome boats and even cooler boat trailers 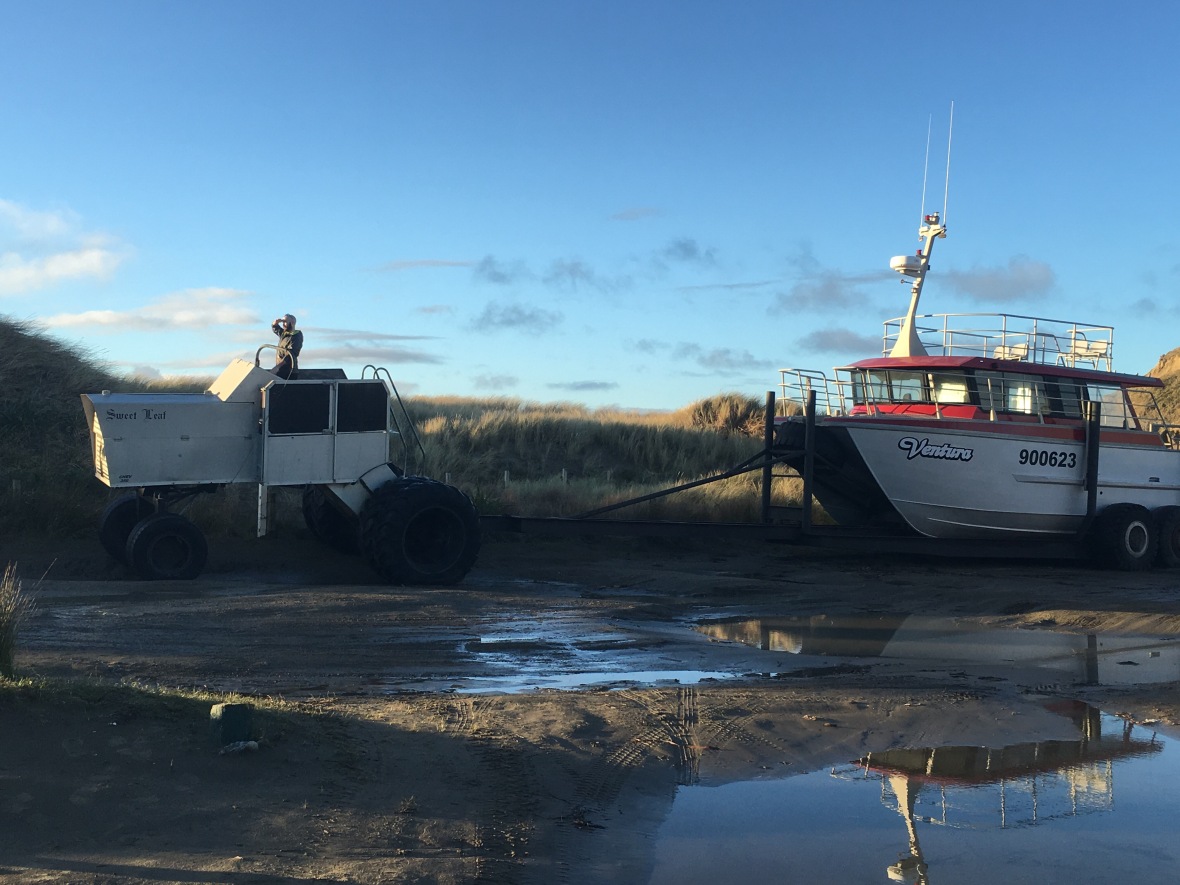 This one got a new captain 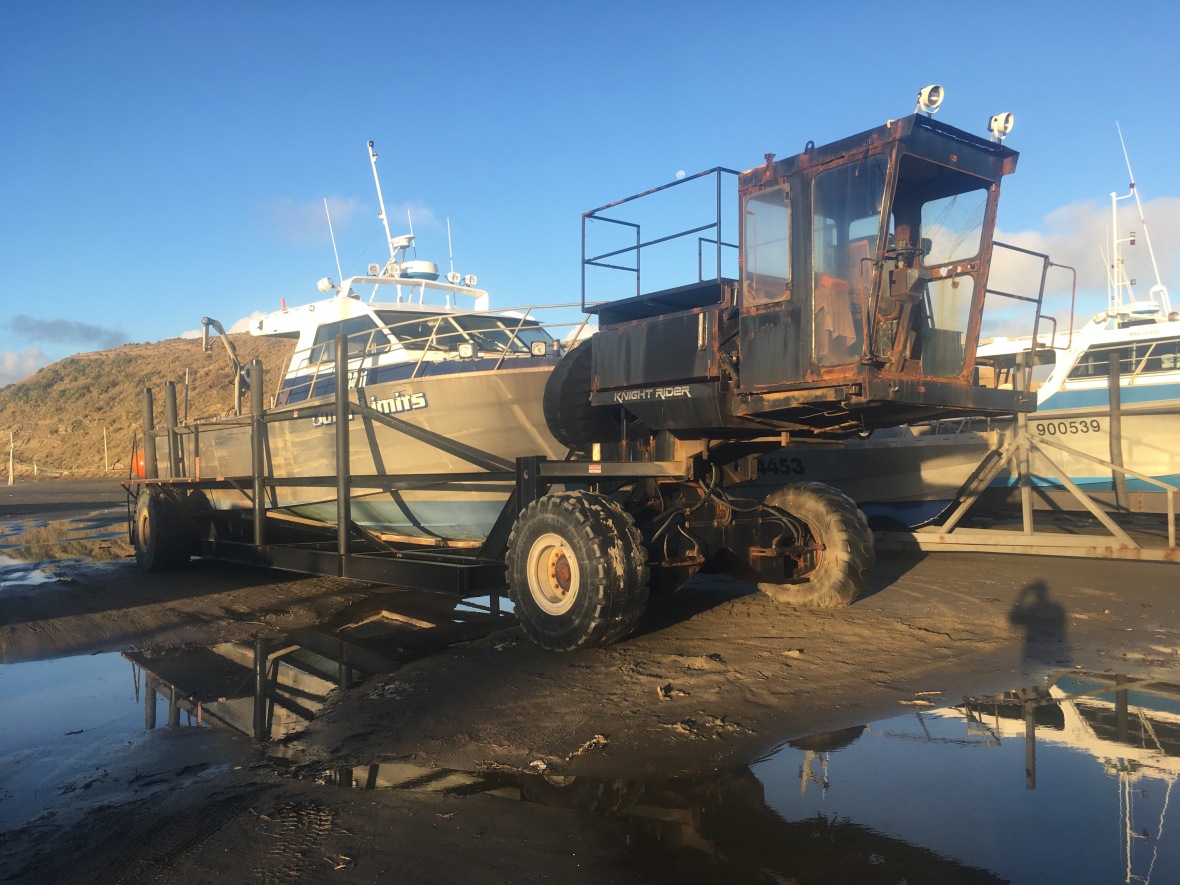 We traipsed across the beach and up the cliff, at which point my knees decided they didn’t want to play anymore, after bribing myself with some sweets we got half way, the path was pretty worn so I was clambering with hands and feet. The view was worth it, so we had to carry on. 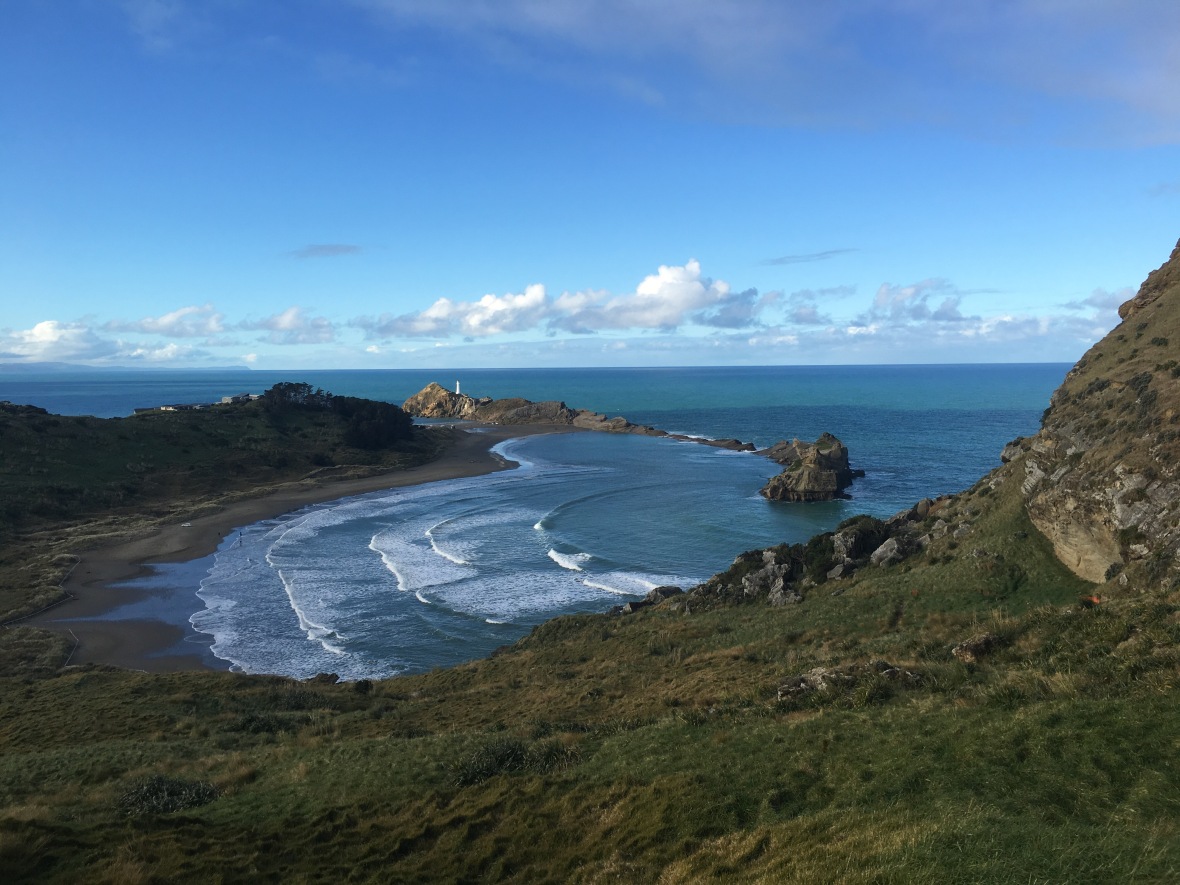 Sadly, we haven’t yet got a drone, just a group of Americans’ happened to be up the top and got a picture for us 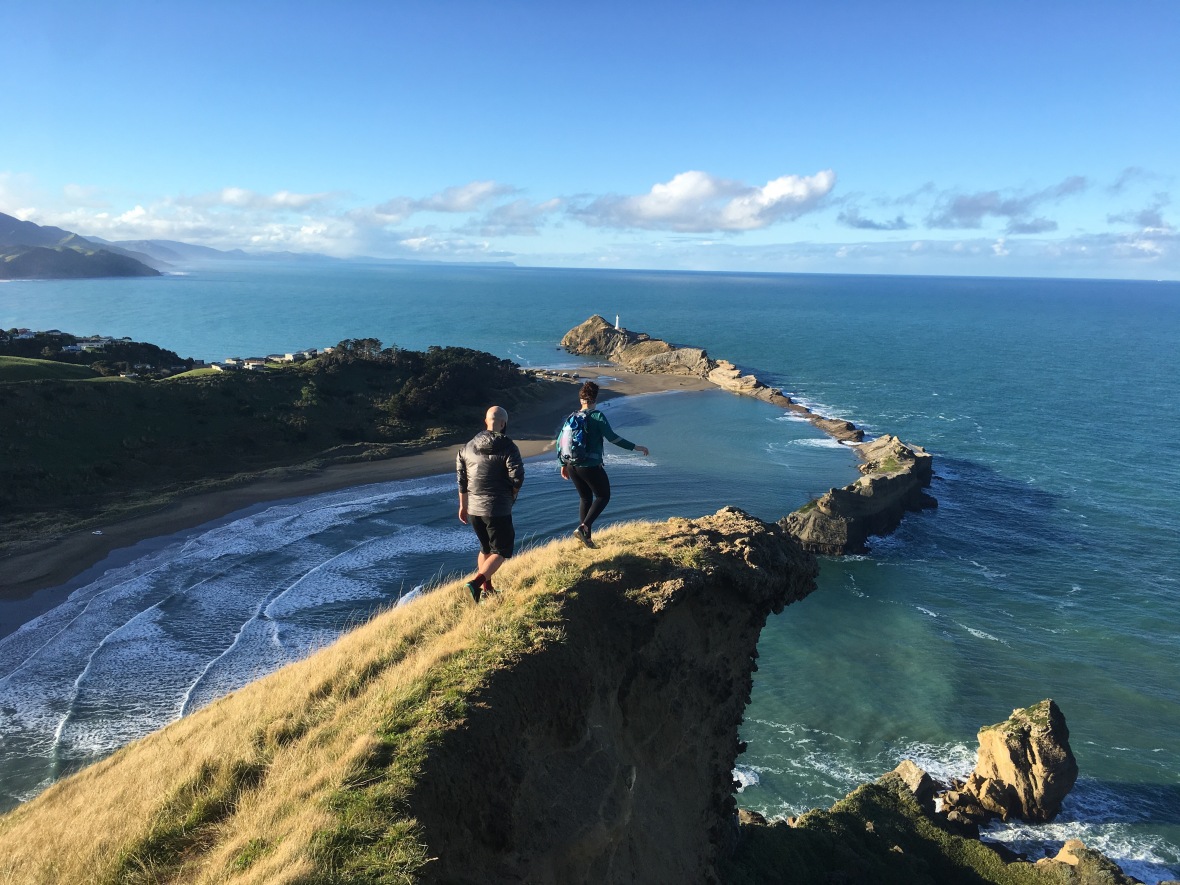 We took the ‘easier’ path back which happened to involve bog snorkelling. Thankfully I had my parkrun shoes on which were still soggy from last week. 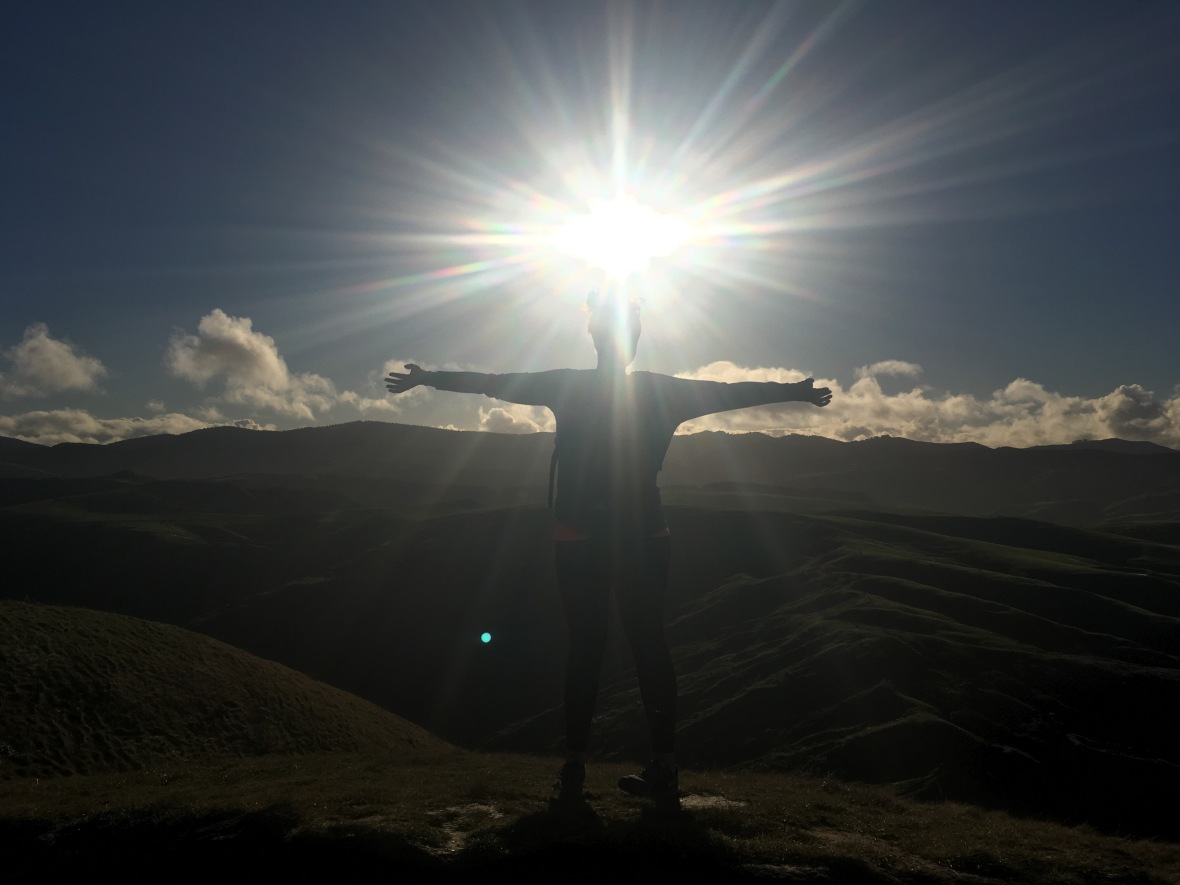 Before heading home, we parked up the van and watched the sun set over the lighthouse, spotting a seal playing around in the shallows and a heffalump getting in the way of my view…. THREE TIMES 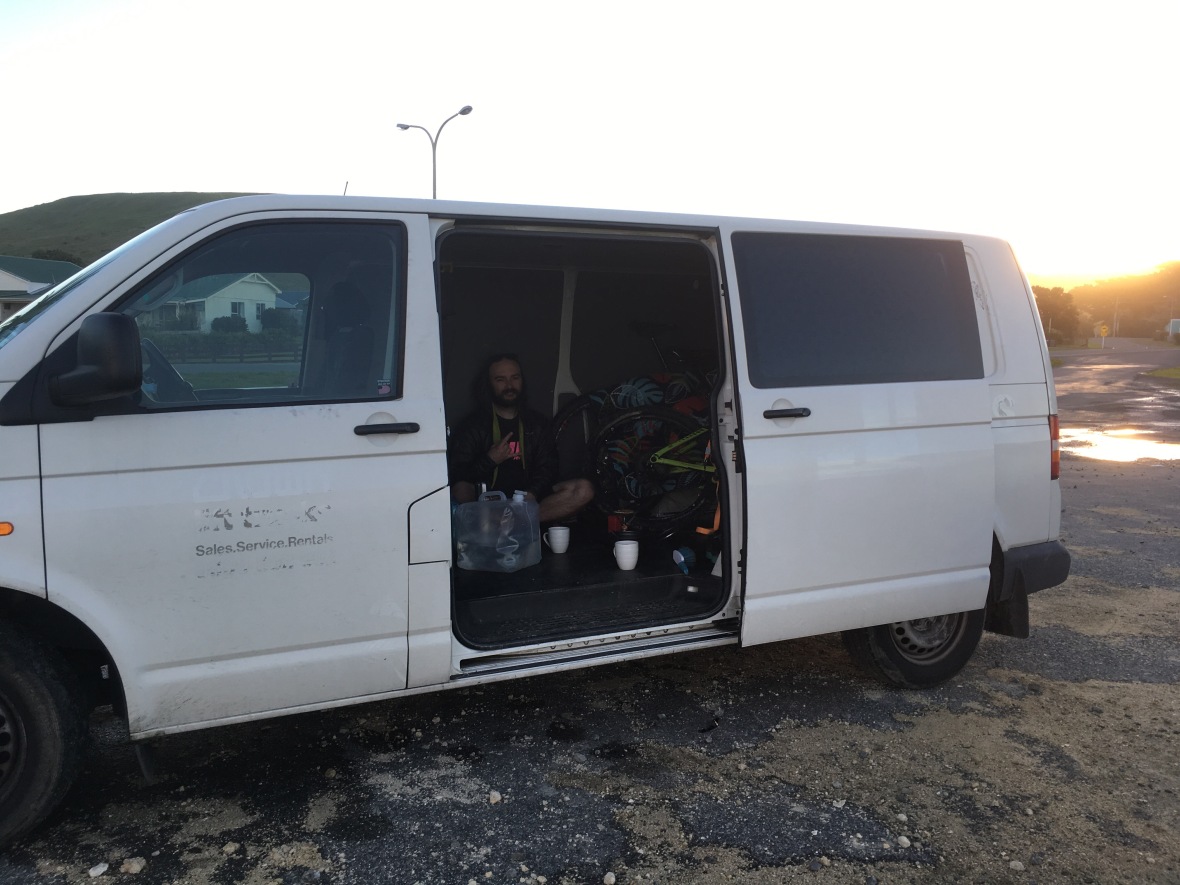 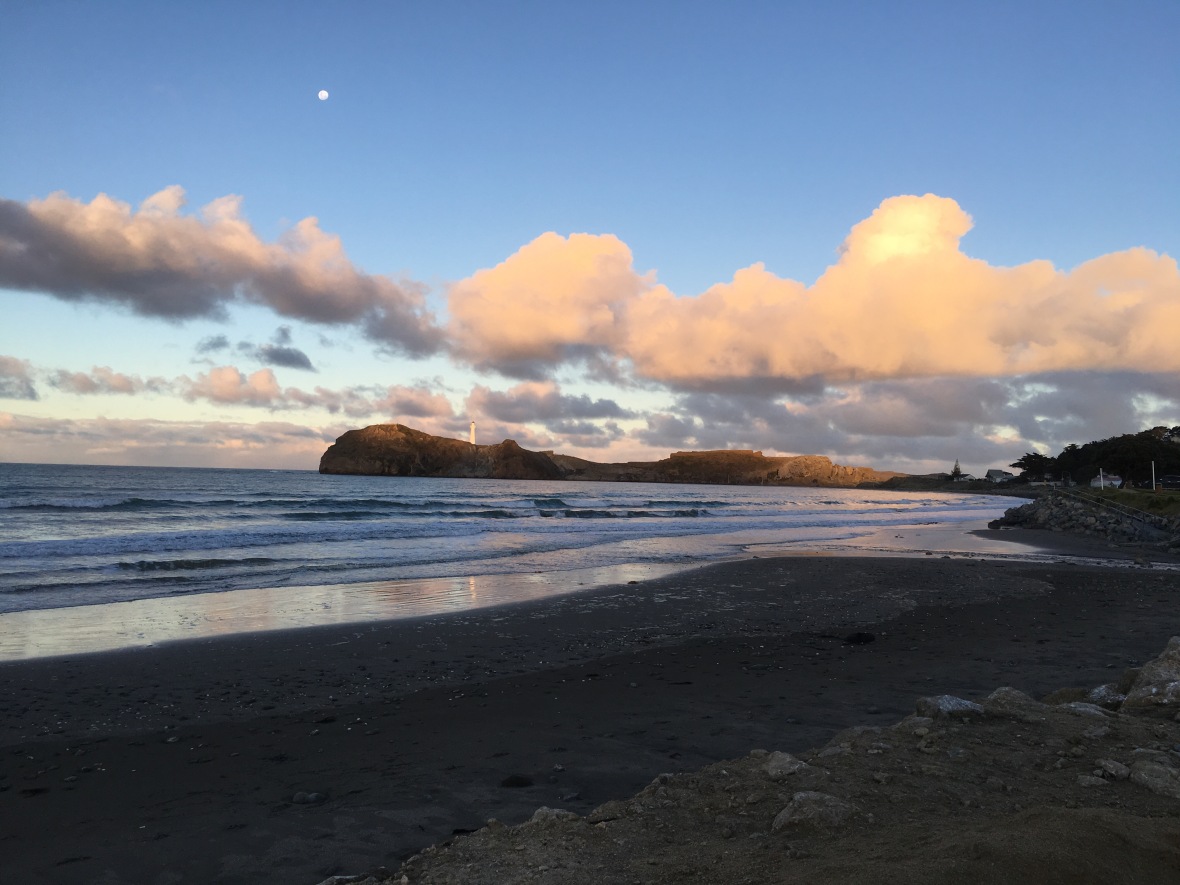 Then it was home time, James was asleep within 30 seconds of leaving. Bless, the sea air went to his head