To start off, here’s a picture from Levin Campsite (our last stop before getting to Wellington) it should have gone on the last blog, but James has only just sent it to me! 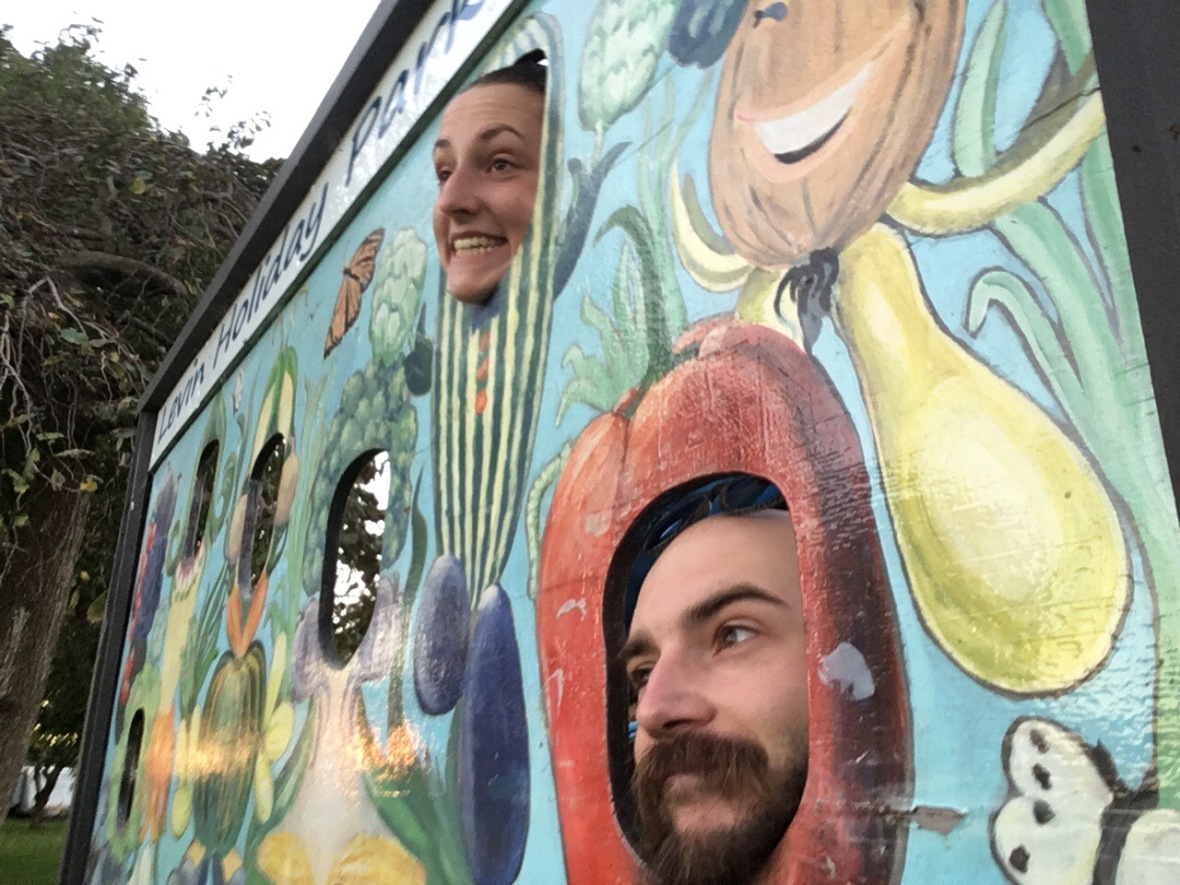 So, off to Welly we went, and obviously like any self respecting bike riders the first thing to do was find the trails! 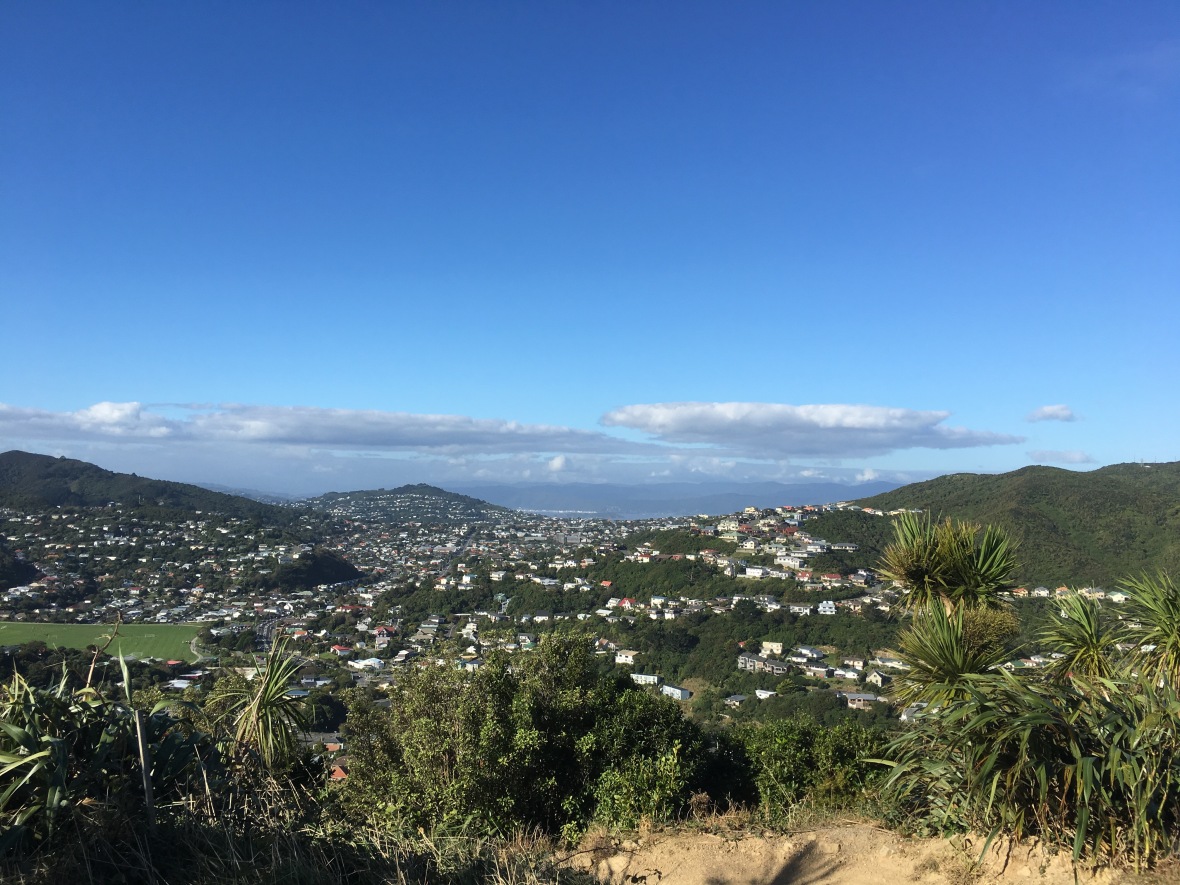 So, that is pretty much the entire city. Wellington, although the capital is tiny, which, for non-city dwellers as we are, is pretty handy! 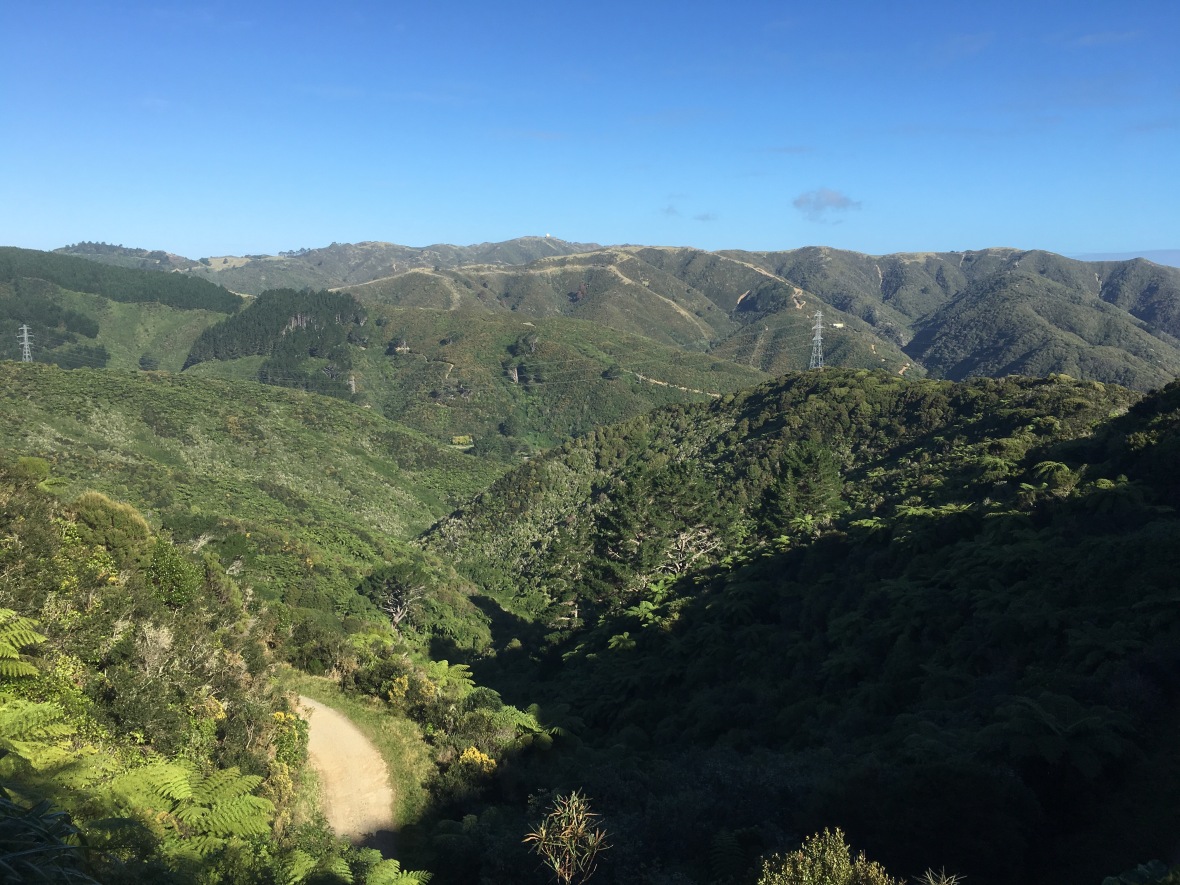 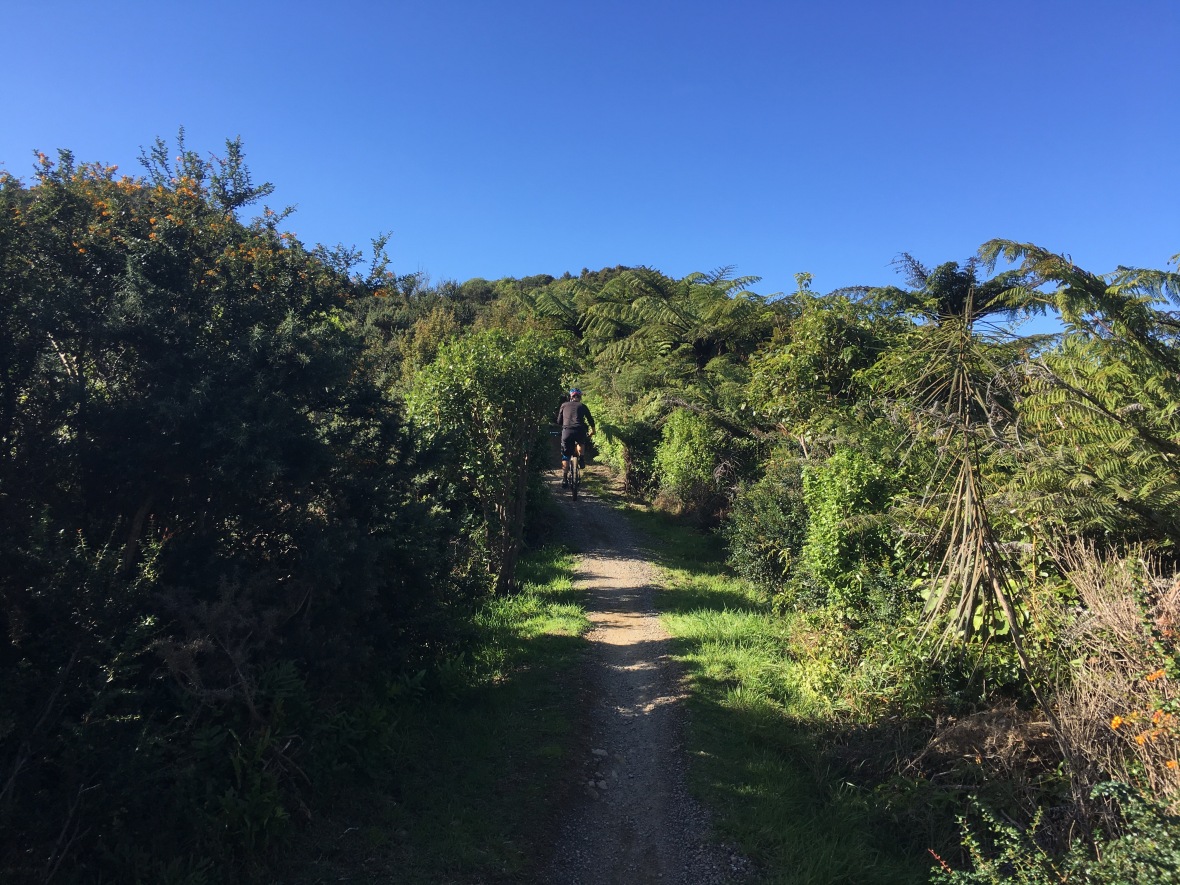 Feeeeeeerns (Jonesy, imagine me saying that in the feeeeern people voice) 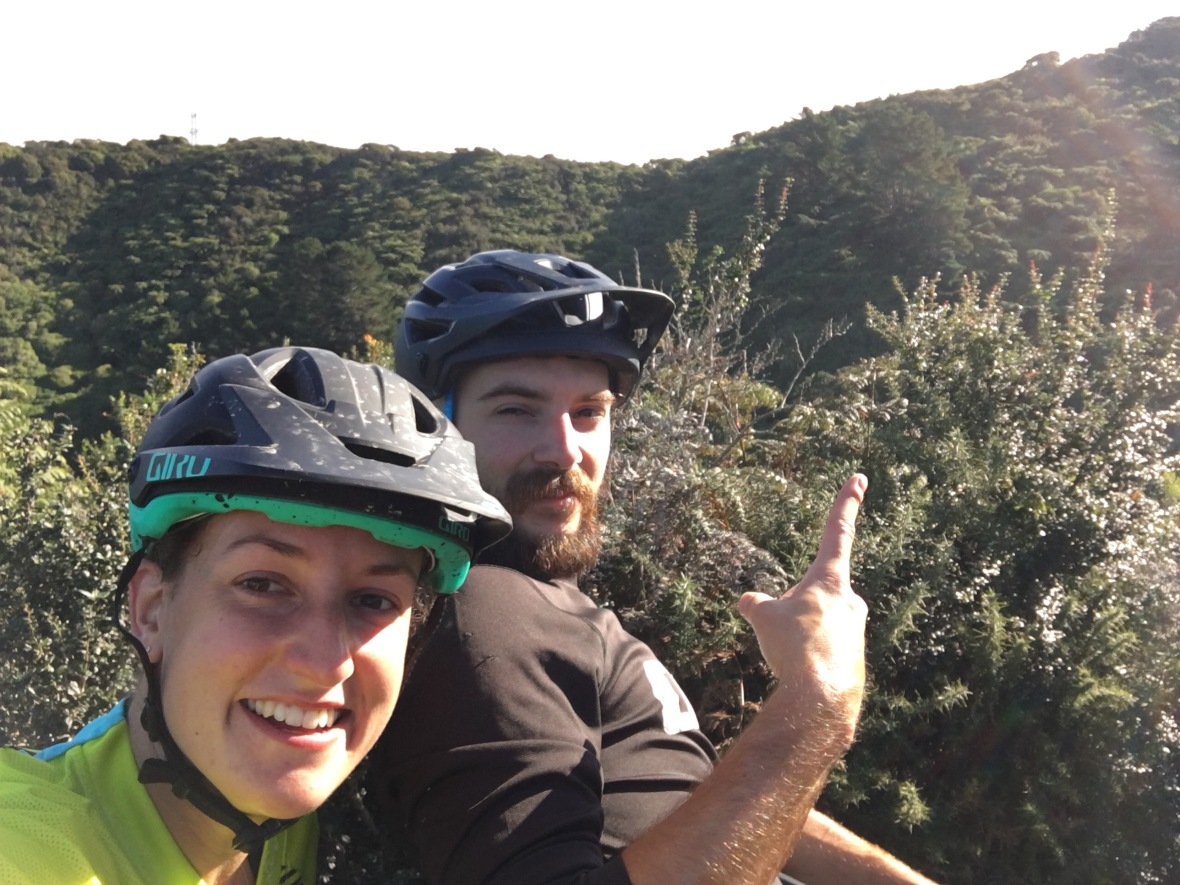 Having not ridden in over a week it was rather hard work, however always nice to ride new trails with a skills park.

We found our campsite for the evening, which was a steal at only $10 each a night. 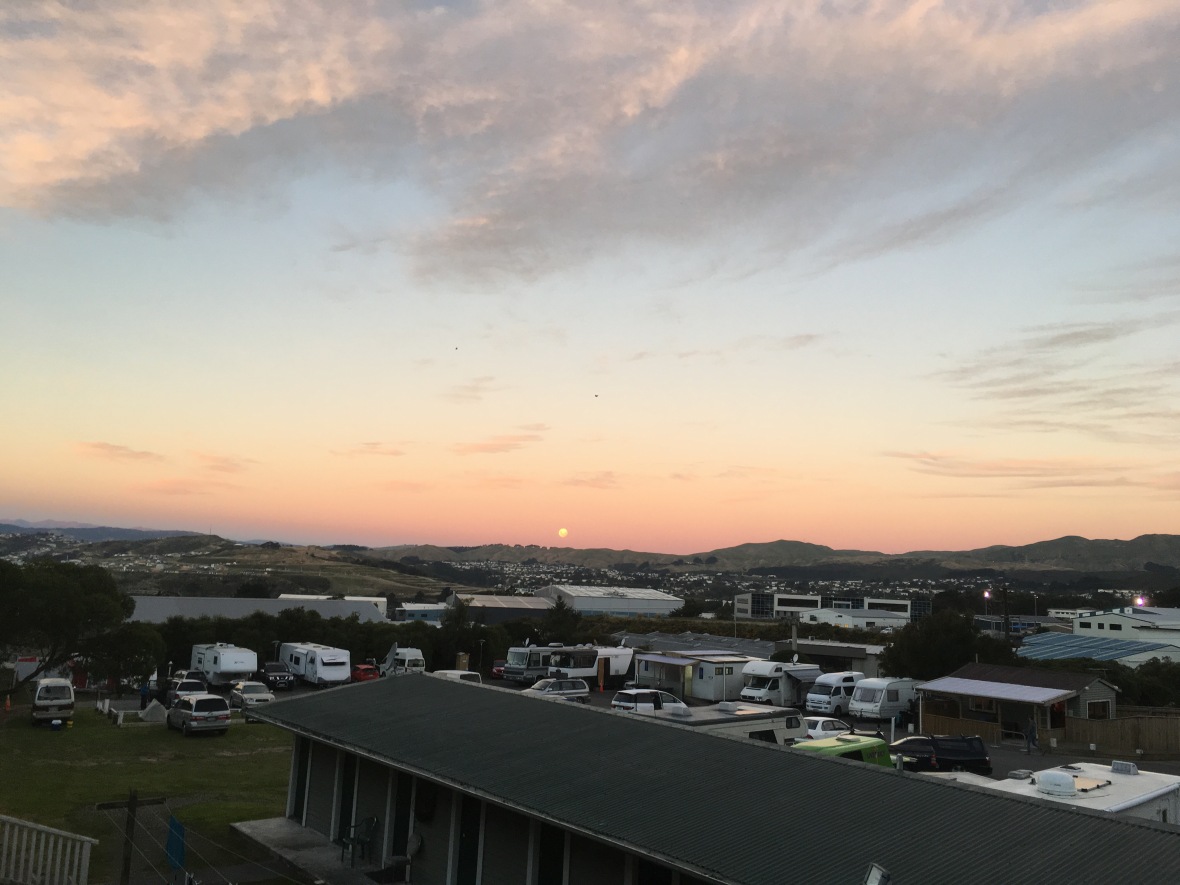 However, being even further south, it was EVEN colder! Not even pulling up in a car park for the afternoon and putting insulation in the roof could help us out here! 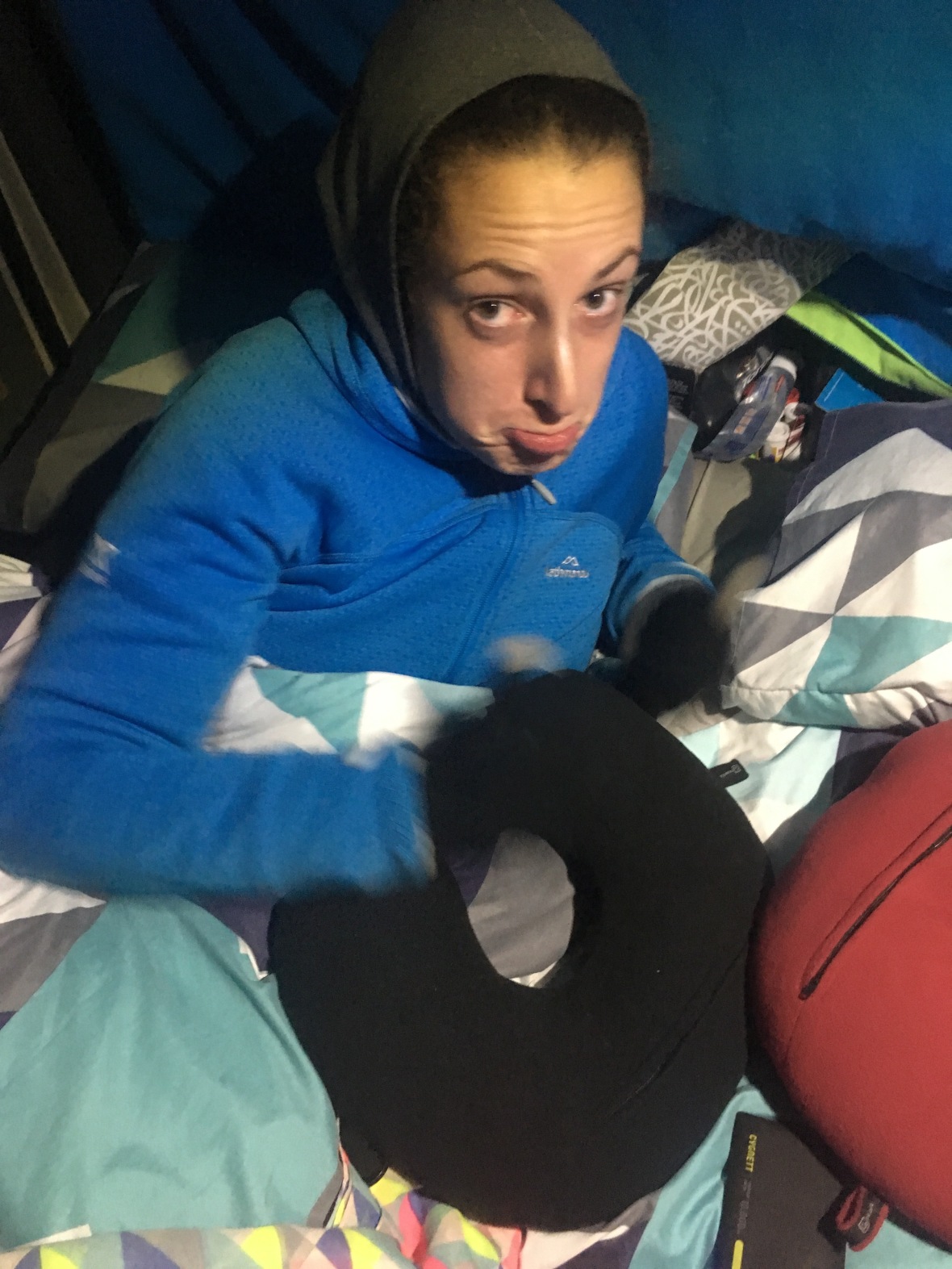 That only meant one thing. Sleeping bags were required! After trapsing around god knows how many shops we found a pretty decent sleeping bag, for a partly eye watering price so two of those were bagged, haha, bag, see what I did (yes, I’m laughing at my own joke!) 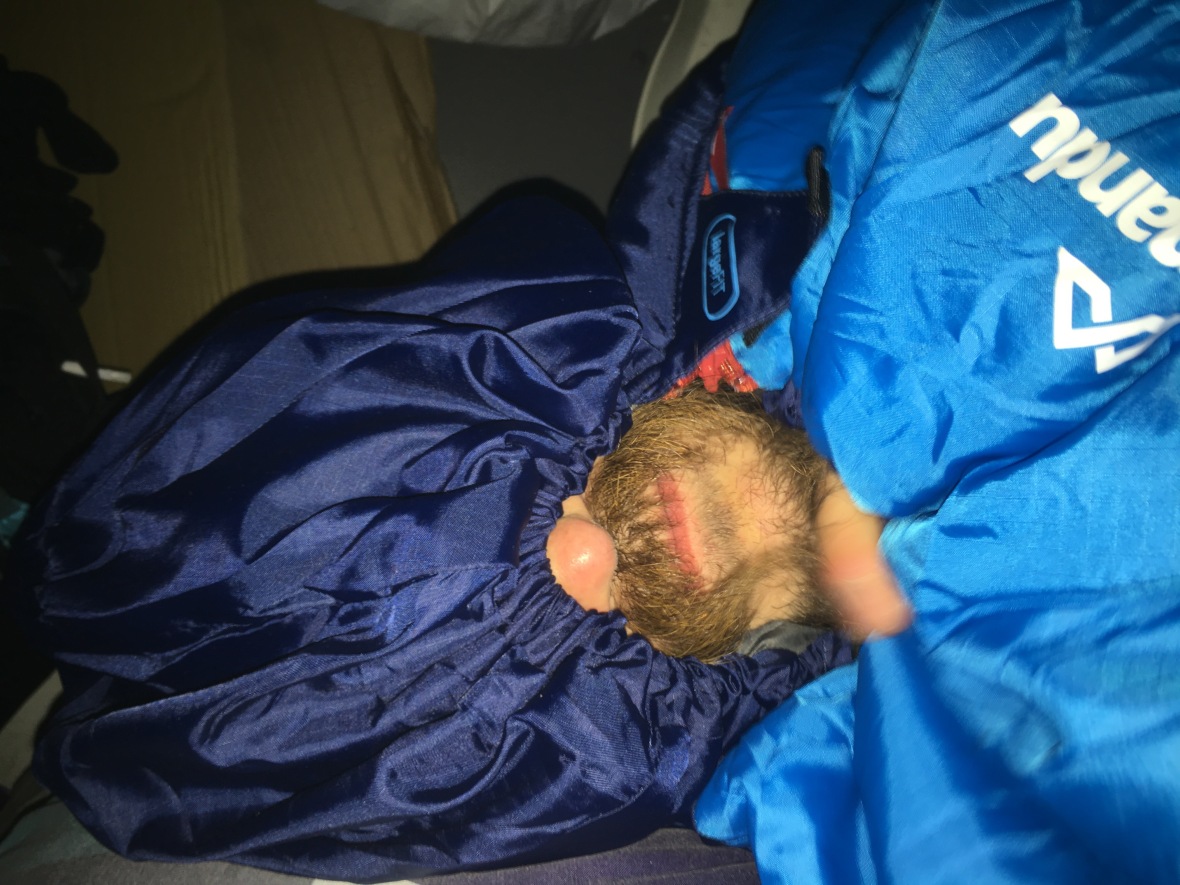 Unfortunately that night wasn’t as peaceful as we’d have hoped thanks to a couple of rather large earthquakes, all aftershocks from the devistating Kaikoura earthquakes last year 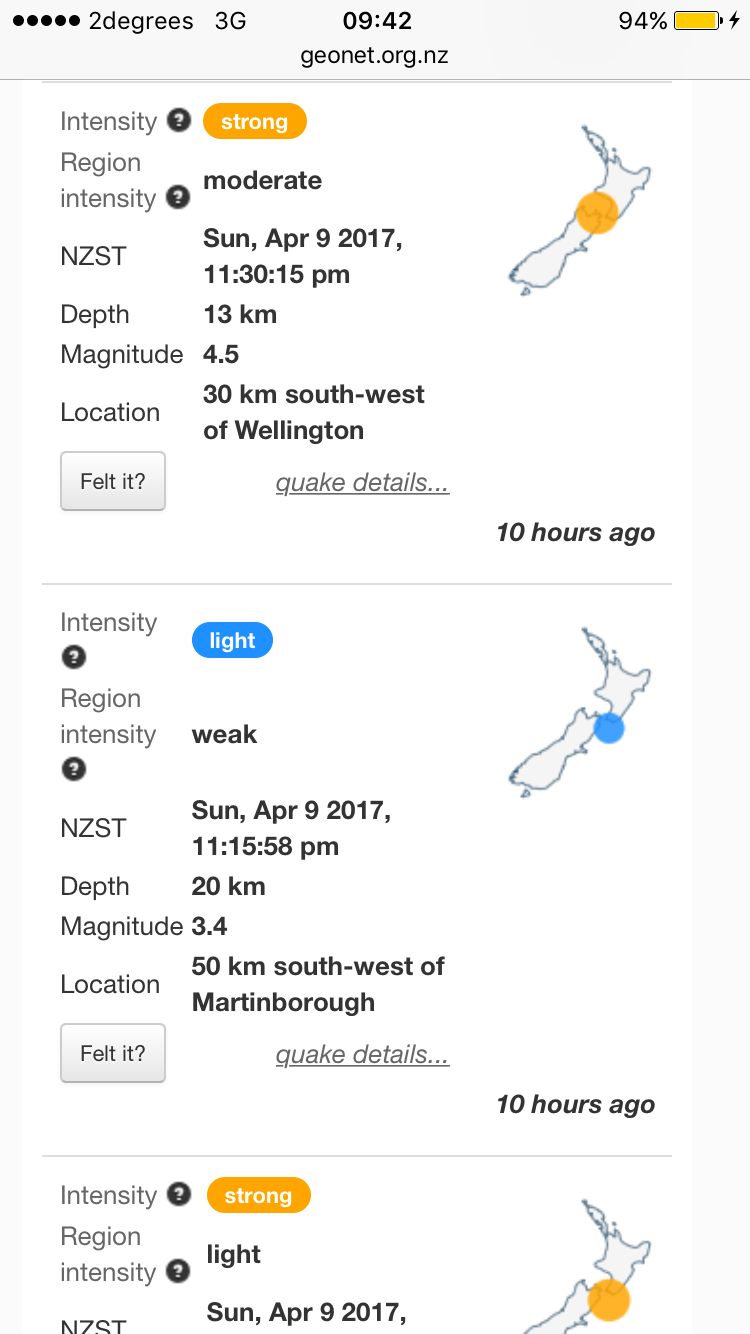 James, being the grown up that he is, was shipped off to work, (look at him with a packed lunch and a back pack!) looking ever so happy 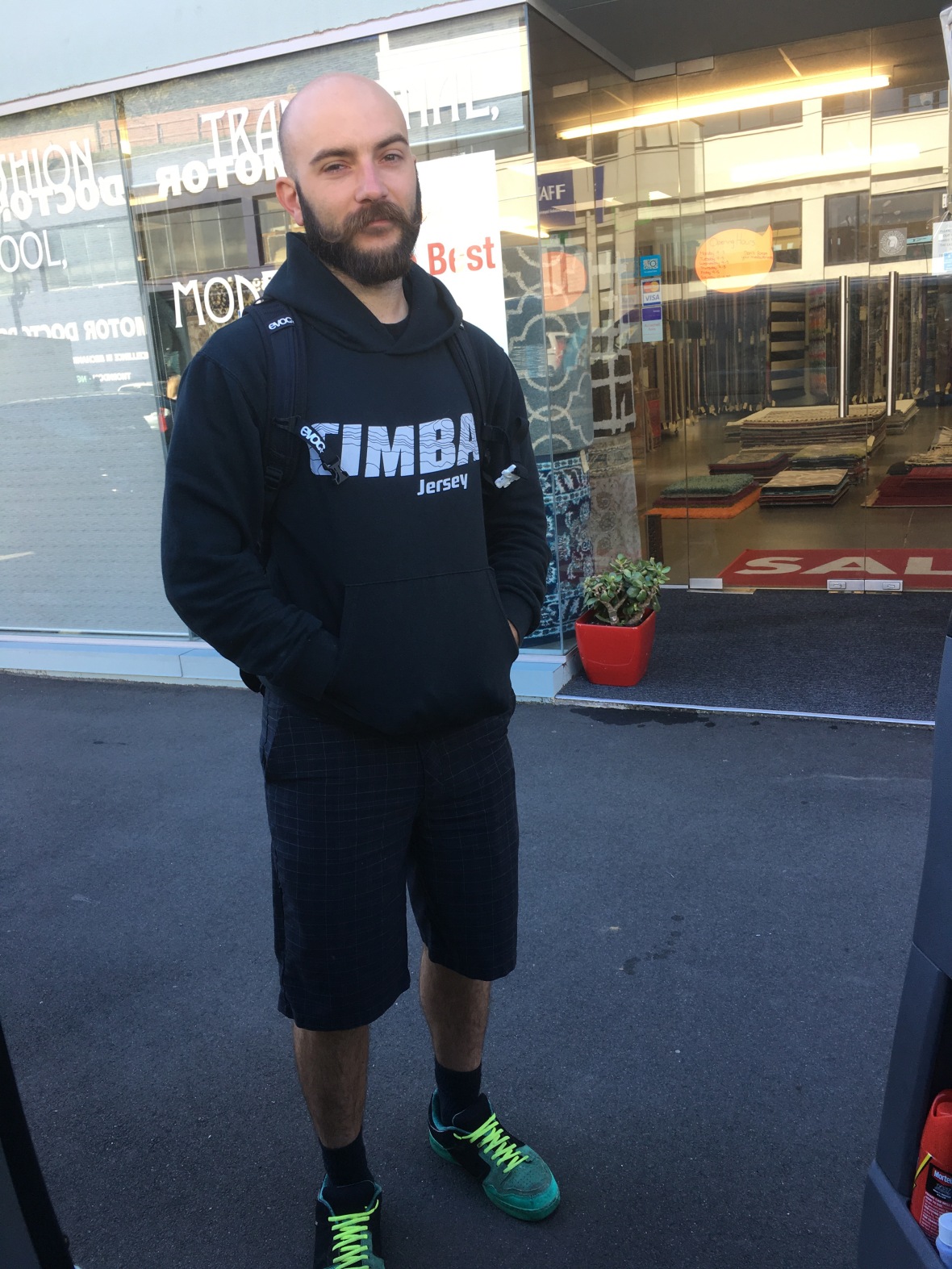 Whilst I went adventuring and navigated my way around the city, found my new local run, the super market and made James a card. Presented to him with a Daim bar, kudos to Victoria. 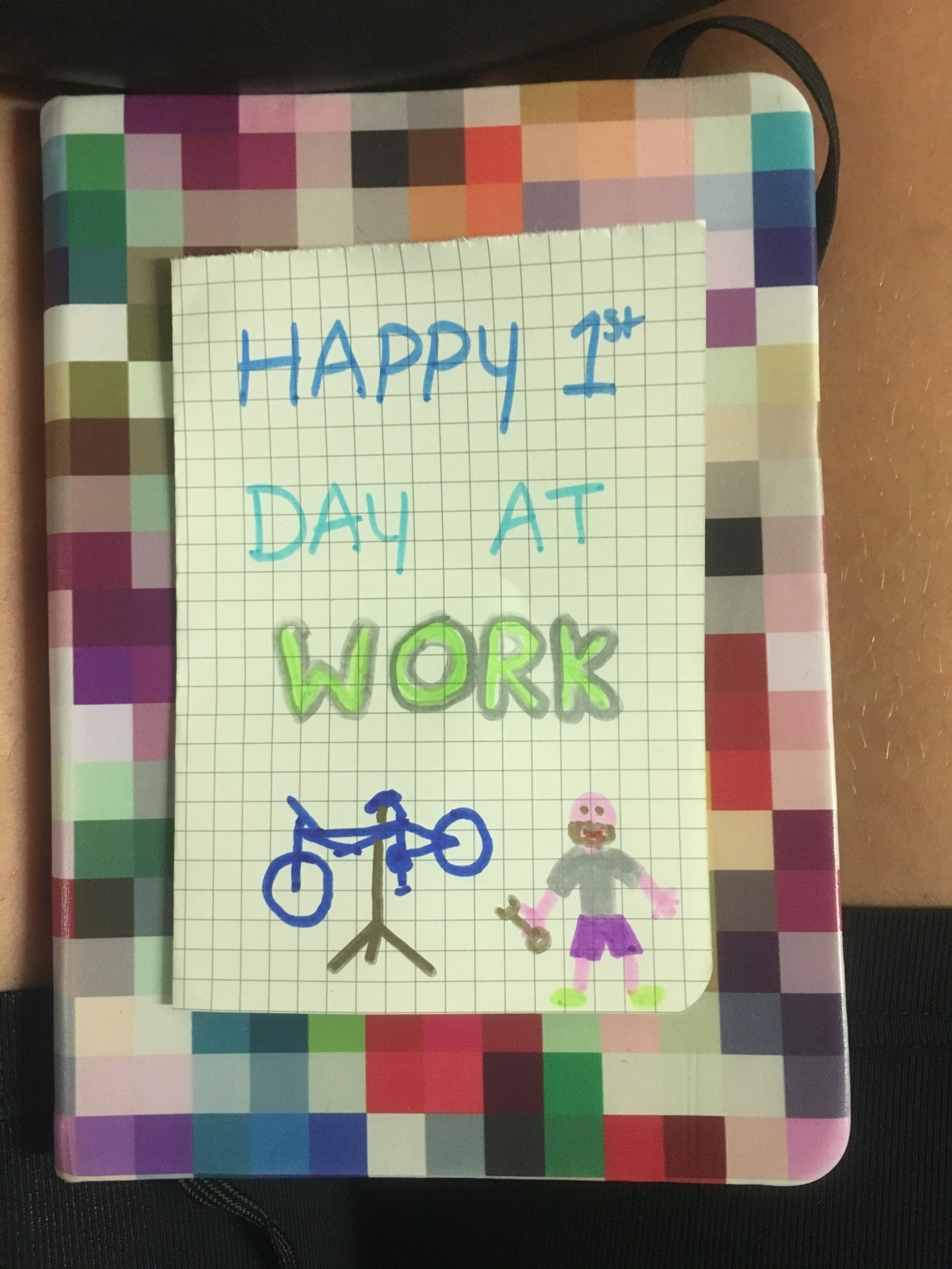 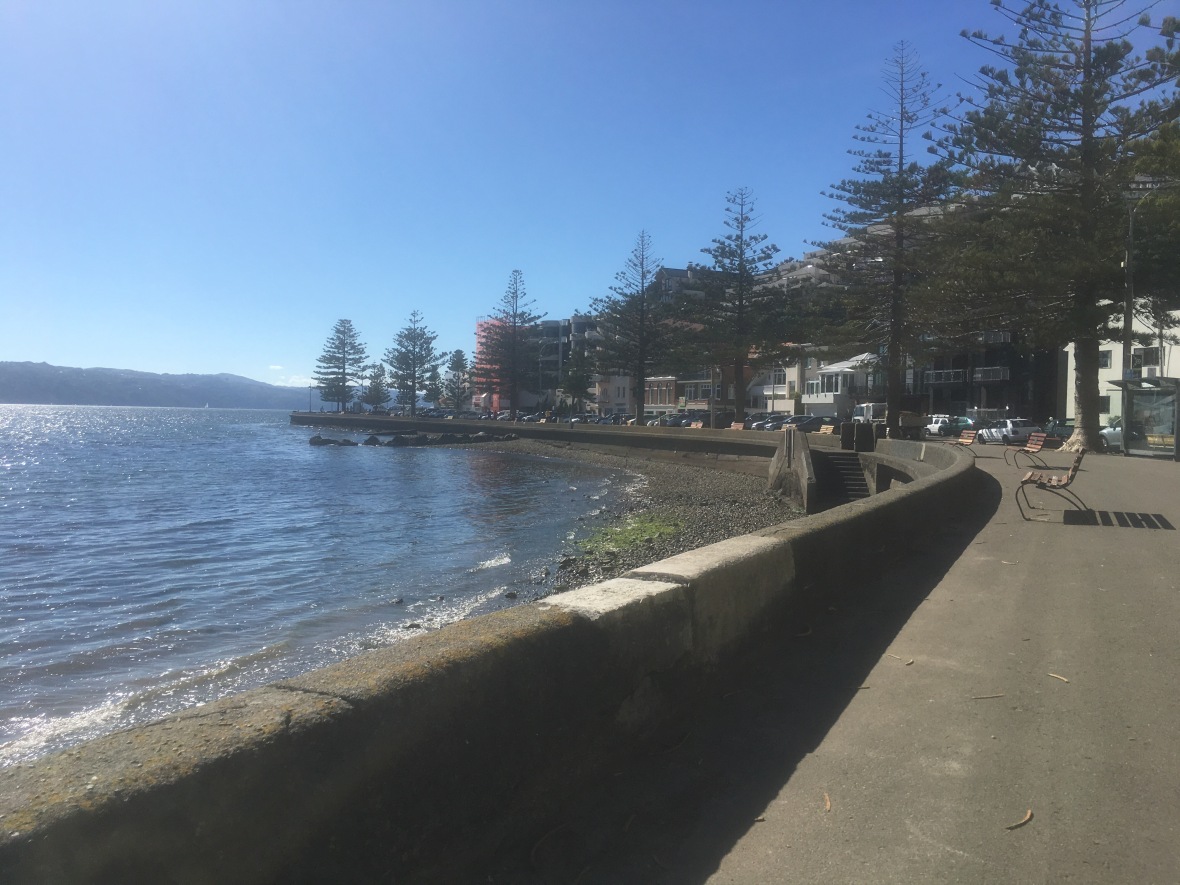 After picking James up from a positive first morning of work, tour guide Victoria showed James the sights and we decided where we’d like to live, which just so happened to be the most expensive part of town.

After a few more days at work for James and sitting in the library drinking coffee for me, James was given a couple of days off before the Easter weekend which meant only one thing…

Not 100% sure we are so keen for the ‘working’ bit of our ‘Working Holiday Visa’ but hey!
Alas, the adventure continues